We have less than a week left in the 60-day session.  Budget negotiators in the majority party still have much to do to ensure we don't go into a special session.  In my mind, a special session would be a complete failure of leadership by those who control both the House, the Senate AND the governor's mansion.  I hope they can reach a compromise on key budget items over the next few days.  Taxpayers have had to pay for five legislative sessions in the last 15 months – far more than they should.  We certainly don't need to waste more taxpayer dollars in ANOTHER special session.  Lawmakers need to do what they were elected to do and then go home. 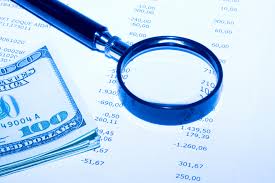 House Democrats passed their budget this week with no votes from Republicans.  I have serious concerns about the sustainability of their budget proposal.  They continue to kick the budget problem down the road by using an accounting gimmick to shift over $400 million in education payments to the next biennium, including about $75 million in levy equalization dollars.  This means that before budget writers even sit down next year to write a budget, we'll start an additional $400 million in the hole – on top of the $500 million deficit we are already expecting.  This doesn't seem to be a responsible way of budgeting.

They also cut several vital services for our most vulnerable – including a program designed to help our developmentally disabled find work and live independently.  Again, if we're prioritizing our spending, don't those who are in need of our help through no fault of their own take precedence over having three different agencies inspect the same stream somewhere?  I've looked over their budget and cannot discern their priorities at all.  It looks like there has been no effort by the majority party to prioritize state spending so that our budget takes care of education, public safety and the most vulnerable.  This is in stark contrast to the House Republican budget released a few weeks ago.

To view a side-by-side comparison of Republican and Democrat proposals click here. You can also see what the media is reporting on the majority party's spending plan:

Recent editorials have also been critical of their proposed budget:

Another issue that has me greatly concerned is an apparent end-run around the voter-approved two-thirds vote requirement for the Legislature to raise taxes.  The majority's budget makes severe cuts to local government – but then gives those local governments the councilmanic authority to raise your taxes to “buy back” those cuts.  This can now be done with a SIMPLE MAJORITY VOTE at the local government level.  In other words, instead of trying to make the case for a tax increase at the state level, where a two-thirds vote of the Legislature is required – they cut funding at the local level and then rely on LOCAL TAXES BEING RAISED.

Basically, they are saying “We aren't raising your taxes”…all the while telling local governments “Here you go…go raise taxes.”

If that doesn't violate the spirit and intent of the many initiatives limiting the state's ability to raise your taxes, I don't know what does.  They talk loopholes?  Well, here's the real loophole – and they are quick to exploit it.

House Bill 2801, which is the policy legislation allowing all this to happen, is over 100 pages long.  The bill report – which is usually one or two pages – is 13 pages.  It's full of tax increases that local governments can impose on citizens.  Here are just a few:

But again, these are just a few of the provisions in this bill.  It shifts the financial burden of many programs and services to local governments – but then allows local governments to raise taxes.  It's disingenuous to taxpayers and is an irresponsible way to budget.  Other proposals would allow increases in car tabs and property taxes – also contrary to what voters have told us through several different initiatives.

Most of you know about the Discover Pass.  Remember, this was the Legislature's attempt at raising more money to keep state parks open by charging you a daily or yearly pass to recreate on the lands that you (citizens of the state) own.  Those of us who voted against this proposal warned that it would not generate anywhere near the money that was assumed.  We warned that people would stop visiting parks – or visit the less frequently – if the Legislature made them pay to do so.  As it turns out, we were right.  So now they are adding more taxes and fees.

House Bill 2373 is the majority party's effort to overhaul their original bill.  While I supported some of the amendments to the bill on the House floor in an effort to make a bad bill better, I could not support the bill in its entirety and voted against it.  Here are some of the things the bill does:

The bill is in the Senate now but appears to be on the fast-track to adoption as it has completely skipped the committee process in the Senate.  This is not a bill I can support.  The state shouldn't be trying to squeeze more money out of people who want to use state parks for recreation purposes – especially when so many are out of work.

The Office of Regulatory Assistance

This one gets under my skin like no other.  Instead of reducing regulations, or adopting real regulatory reform, or getting sincere in our efforts to cut red tape, the state has an official Office of Regulatory Assistance to help citizens navigate through environmental permitting process.  If we have a state office to assist people with regulations, perhaps we have too many regulations.

Senate Bill 6359 was dubbed a “cost recovery” bill to help the office with reimbursements and to help backfill state agency staff that have been eliminated due to budget cuts.  Instead of worrying about “cost recovery” for another state agency, how about we focus on “cost control” for our employers and our citizens?  I gave an impassioned floor speech as this type of over-aggressive rulemaking frustrates me.  To watch that speech on TVW click the photo on the left and scroll the video player to 1:39:40. 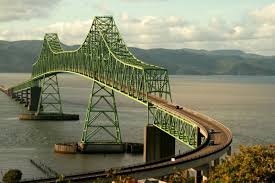 Many of you have contacted my office about the potential tolls on the Columbia River Crossing.  Here is an excerpt from The Oregonian on my stance on tolls:

Orcutt, on the other hand, has a number of concerns about the whole project.  Washington citizens will get stuck paying for a disproportionate share of it, he said.

“They will pay that disproportionate share, despite the fact that Oregon will get the greatest amount of benefit from the non-bridge improvements: more for the interchanges south of the river versus those north of the river,” Orcutt said.

He presented an amendment Wednesday that would have prevented the tolls from taking effect until Oregon lawmakers have provided a tax credit for Washingtonians who work in Oregon and pay the Oregon income tax.  But the amendment failed to pick up enough support.

“I am very disappointed that the amendment was not adopted,” Orcutt said.

He and Rivers also voiced disapproval of the fact that the federal money will go toward establishing light rail from the bridge to downtown Vancouver.

“Why is the federal government focusing on paying for light rail but not for the bridge itself (general purpose lanes) when this is key piece of federal infrastructure,” Orcutt said.

To read the entire story in the Oregonian, click here.

I hope this helps illustrate the efforts I make to look for the interests of my constituents.

As always, feel free to contact me with your comments or concerns.  While we may not always agree on every issue, I try to respond as quickly as possible with accurate information and my thoughts.  It's an honor to serve you in Olympia.